Things change. The three albums made with Marc are now deleted, the songs with Simon House remain in a sort of limbo, one of them is being used, the rest might just have to wait until new music is created for them or maybe I will rewrite them or possibly they will just remain.

I was idly wondering what to do next, when out of the blue I had an email from some strange fellow suggesting that I might like to sing a song with his band, Belisha, at a gig in London.. Now normally I would ignore an email like that, but something caught my attention and there was quite a lot of correspondence between this Jon person and I, which then abruptly stopped and then just as abruptly started again with a new suggestion that I record a new version of ‘One Sure Thing’ with another of his bands, the Conspirators..

Well what could I say, but yes, and I found myself travelling to Northants to record with the band, and somehow found myself being managed by the very same Jon, now called (by me anyway) Jon the Manager. For the release of the single in 2008, I went to Leeds, Harrogate and Bedale to do some promotion with the Conspirators and – lo and behold- we reached no 7 in the official Indie charts. I was very pleased indeed.

In early 2009 I went to London to meet up with Jack McAuley who was appearing at the London Irish Centre. It was lovely to see him and I sang two songs with him there, one old and one new. Lovely!

Back in Oxfordshire, I had begun to work on new songs, but I really didn’t want to go any further down the psychedelic/trance/electronica route, so I began to look for different collaborators. I had been in email contact with Tim Bowness and he suggested that he would be interested along with his friend Alistair Murphy. And so the beginnings of Talking With Strangers were set…

Over the next 18 months, the songs were recorded, brushed and polished, honed, re-recorded and had many other contributions from friends, old and new, mixed in. The artwork was designed and the album was released in August 2009 with a launch show at the historic 100 Club in London. It has received wonderful reviews and I am so pleased and proud of it..

Talking With Strangers has now been released in Scandinavia by Termo Records and to help with the promotion, Tim, Alistair and I went to Norway to perform on 2 tv programmes, ‘God Morgen Norge’ (a morning show equivalent to ‘GMTV’ here in the UK) and ‘Lydverket’ (the closest equivalent I suppose would be ‘Jools Holland.. Later’, although they have very different formats) and a ‘drive time’ radio programme – all of which were performances and interviews – plus several other interviews with magazines, papers and websites. The main Norwegian papers reviewed the album and were very kind about it. I have grown a very big head since visiting that lovely country..

Back home and I am starting to work on a new album with Tim and Alistair and I have also been working on a different kind of music with Lee Fletcher and Markus Reuter. I have recorded vocals for Sand Snowman, for Kings Cross and for Alistair’s album. I will be writing some music for Jackie Morris, the lovely lady who has drawn the fabulous new artwork for Talking With Strangers, and who is a highly sought-after illustrator of children’s books, one of which, Starlight Sailor will be the one I write music to go with the words of James Mayhew. It is all very exciting!

As for the rest of my world, briefly, I sang again at the 2007 Fairport’s Cropredy Convention and in 2009 at the sold out Barbican Witchseason Weekender concert, both with my original Fairport line-up.

I played my autoharp on stage for the first time since 1970 at the Barbican. I spoke for a minute about how we’d all met and then we played a song from pre Fairport days. I also played recorder which Jon got all the remaining originals to sign it and then we auctioned it with the money going to Greyhound Rescue. It raised over £200 and was won by a very nice man who had not only been at the Barbican concert, but had seen the original line-up play back in 1967. Very pleasing.

My beautiful greyhound Tiggy, curly-tongued biter of tulips, was put to sleep in 2008 at the great age of 14 and a half. Being a bit loopy about old greyhounds, I very soon acquired two more old ladies, Flower aged 11 and Whizzy aged 10. Flower sadly had to be put to sleep 6 months later, which she had mostly spent stretched out on the couch fast asleep as opposed to the cold outdoor kennel where she had spent most of her years. But I still have Whizzy, now aged 12, a toothless old lady who is curled up fast asleep as I write.

I am now a Senior Citizen (Yaaaaay!! Bus pass!!!) and I am also the very delighted grandmother of Freya, born last May to my son and his wife.

I think I’ll go to Paris next. 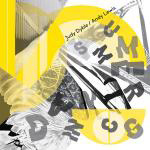 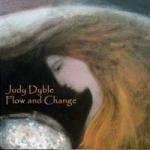